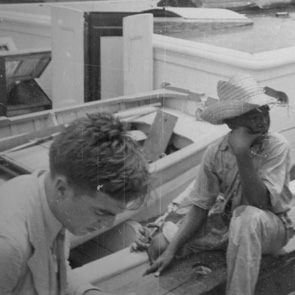 THE SONIC JOURNEY OF ALAN LOMAX: RECORDING AMERICA AND THE WORLD

American Routes follows the journeys made by folklorist Alan Lomax as he documented the diversity of the traditional music of America, in the face of what he felt was the increased threat by popular “monoculture.” We’ll look into Lomax’s work as a sound recordist, cultural theorist, radio host and above all, shaper of 20th century pop culture through his discoveries.